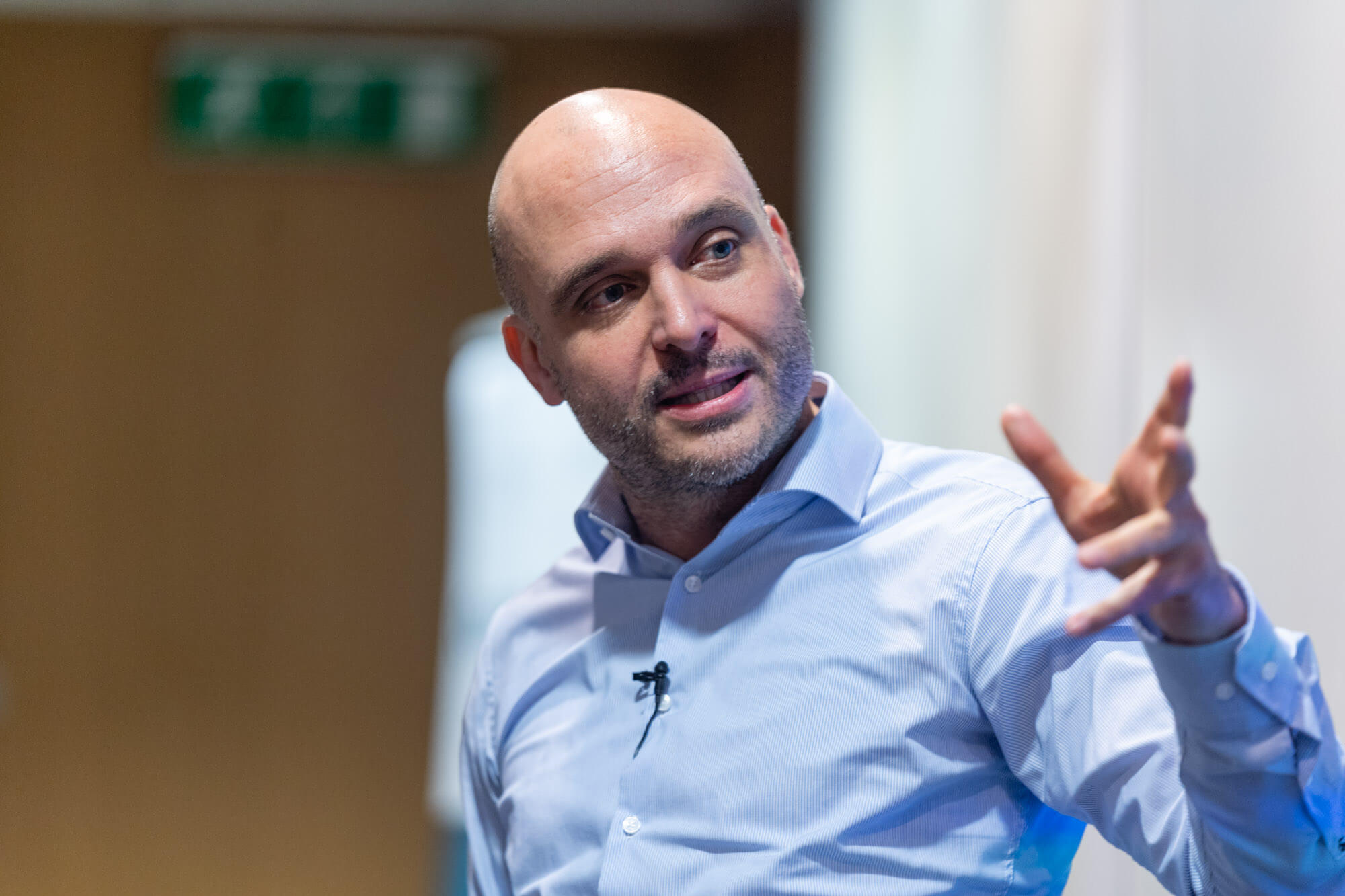 MY PROFESSIONAL HIGHLIGHTS OF 2020 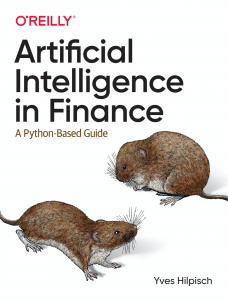 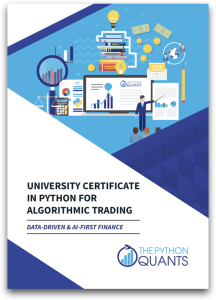 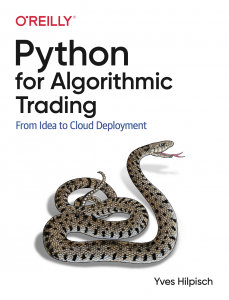 Again three cohorts of the
Certificate Programs in Python for Algorithmic Trading and Python for Computational Finance. 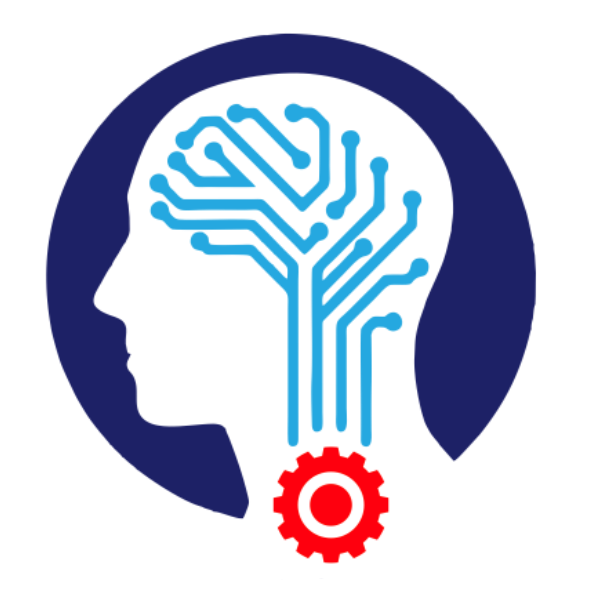 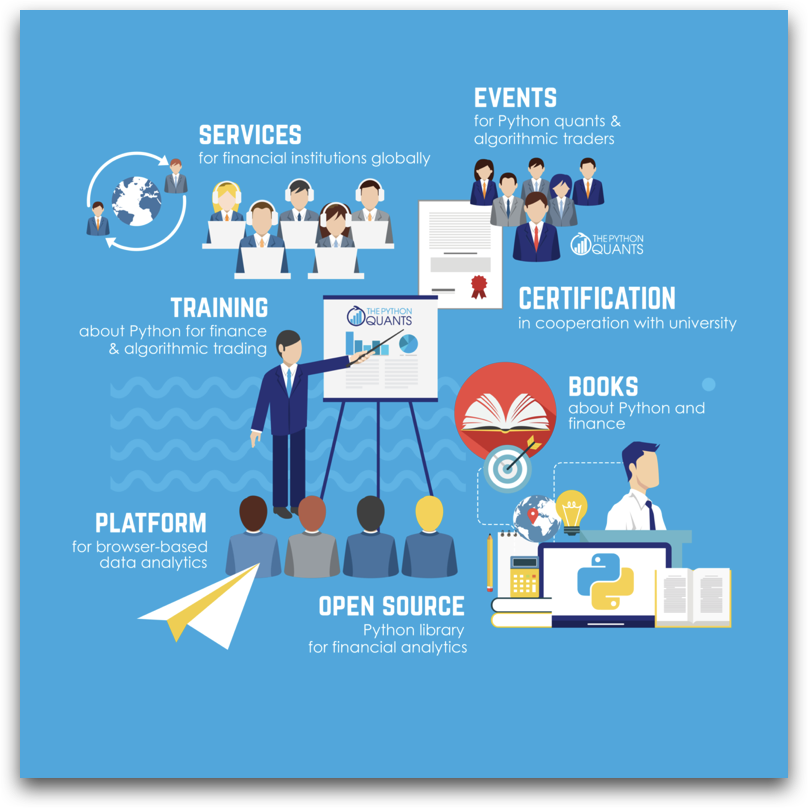 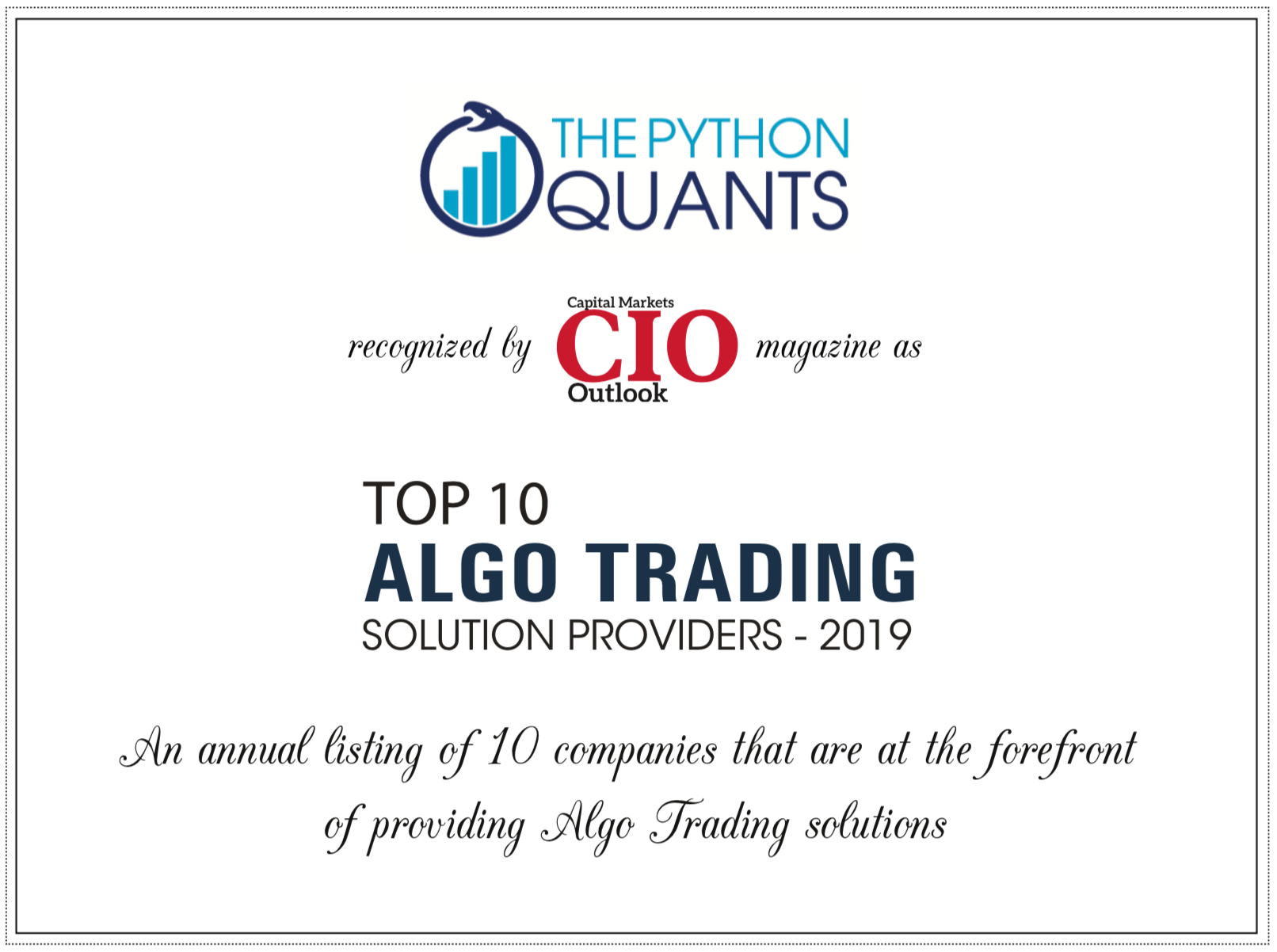 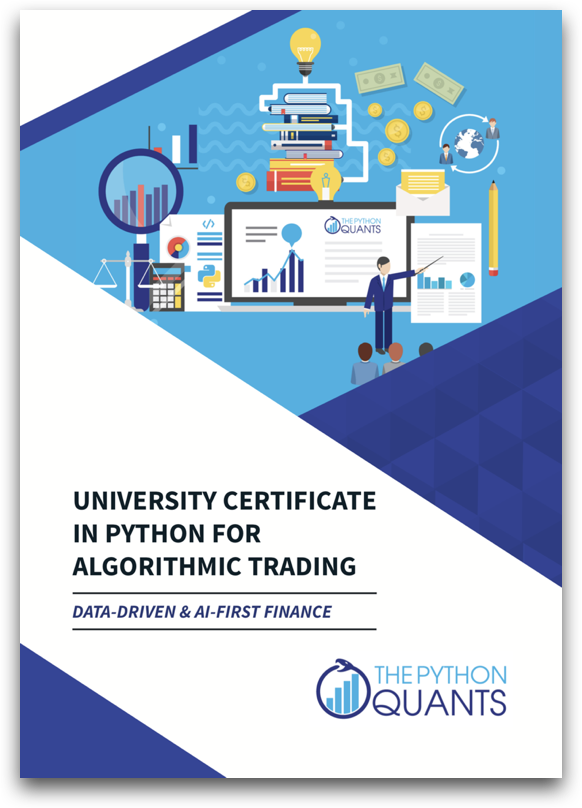 My 7 min Take on Python for Quant Finance 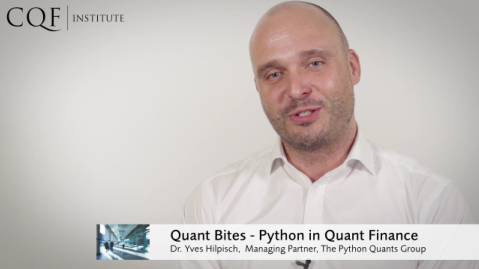 My 2 Page Overview of Python for Computional Finance 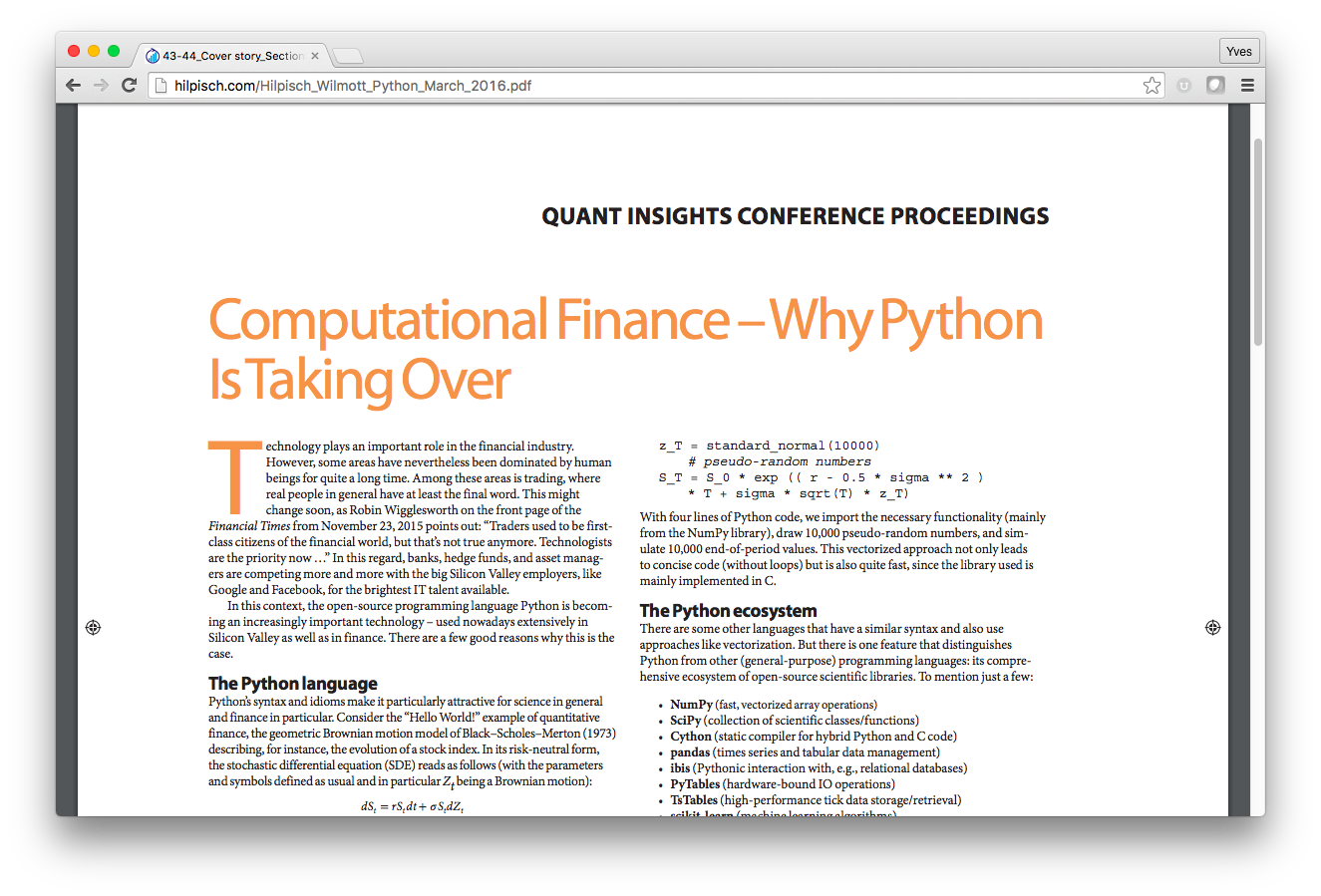 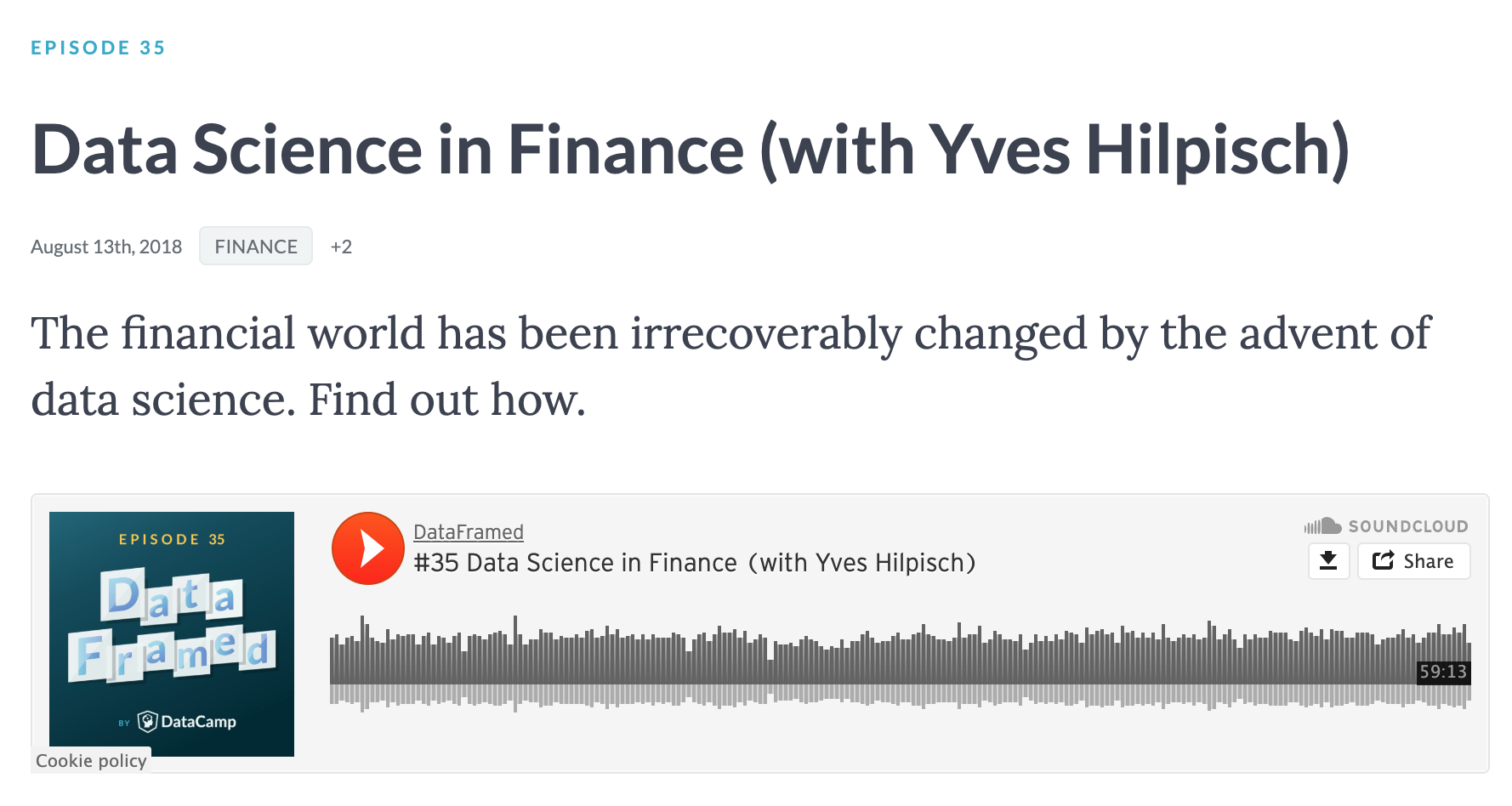 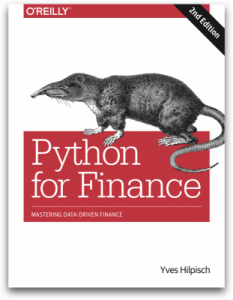 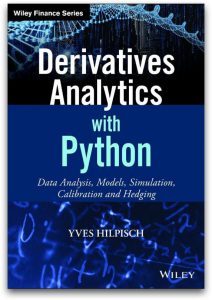 My book about derivatives analytics with Python. 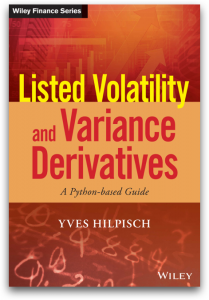 My new book coming out soon..

Thanks to all attendees and sponsors who made the first For Python Quants conference in London such a great event. Also a big thank you to CQF Institute and Fitch Learning who helped organize it and who provided an excellent venue. Slides of my talk Browser-based, collaborative Financial Derivatives Analytics.

Links to slides and other relevant links for my PyData talk:

My talk and tutorial at the For Python Quants conference in New York City on 14. March 2014 (Pi-Day):

PyData London on 21. February 2014: “Interactive Financial Analytics with Python & IPython – With Examples based on the VSTOXX Volatility Index”

Solutions to exercises upon request.

Talks and tutorials during the fourth quarter of 2014:

Talks and tutorials during the third quarter of 2014:

Talks and tutorials during the second quarter of 2014:

In the first quarter of 2014, I have given the following talks/tutorials:

In 2013, I have participated in the following conferences:

Pycon DE in 2013 took place in Cologne, Germany. I have given three talks there: 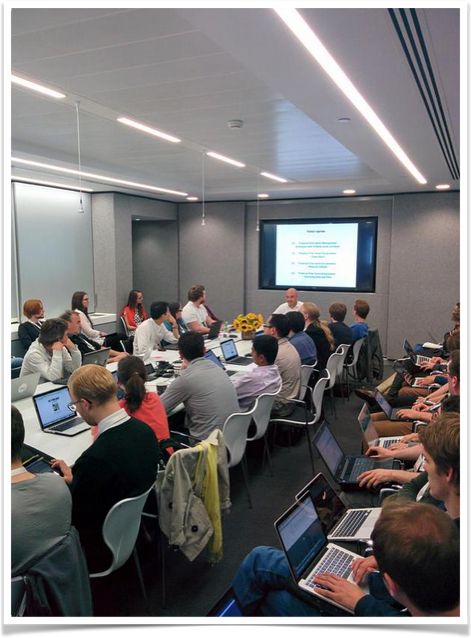 In 2013, I have also participated in the following conferences:

OVERVIEW OF TALKS ABOUT PYTHON & FINANCE

Just google me to find slides and videos.

Apart from Python and Finance, Martial Arts are my passion. I am actively practicing WingTsun and Luta Livre/MMA. 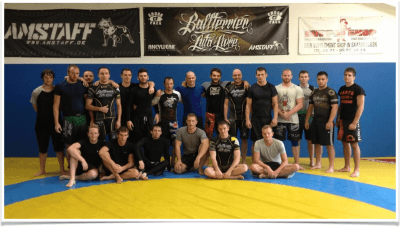 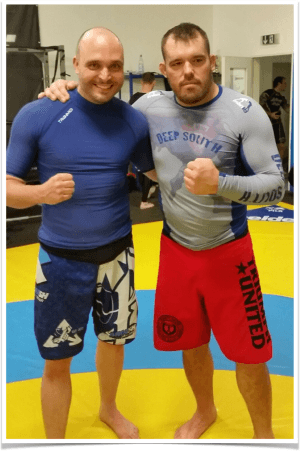 The Experts in Data-Driven and AI-First Finance with Python. We focus on Python and Open Source Technologies for Financial Data Science, Artificial Intelligence, Algorithmic Trading and Computational Finance.